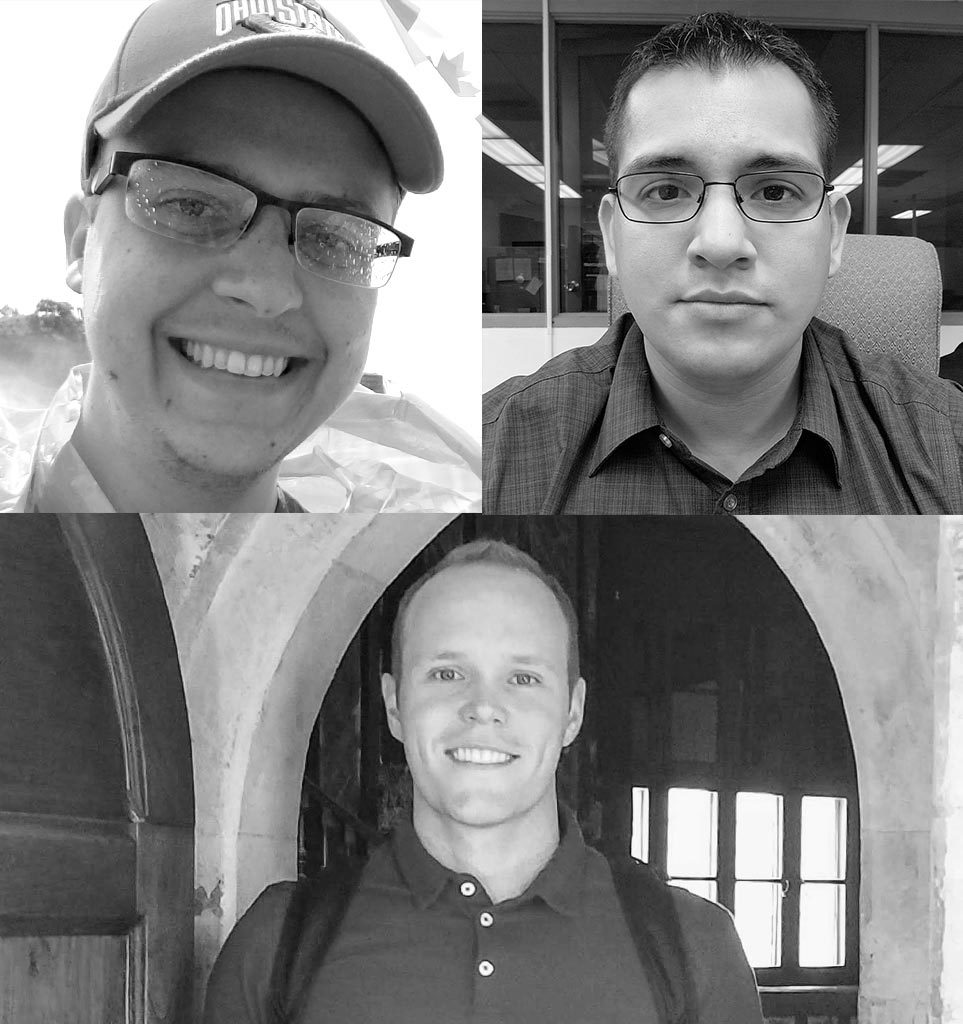 We know that all structures have a blueprint to follow. Blueprints depict a clear picture of the finished product. Along with blueprints; there are key milestones along the way. Professional development is one of those milestones and a point of pride at RedBuilt.

That’s why we’d like to recognize three engineers in our crew that have reached an important milestone — becoming licensed professional engineers.

Born and raised in central California, this Fresno State graduate started with his B.S. in Civil Engineering before moving on to his master’s program in civil engineering at Cal Poly San Luis Obispo.

Between his undergraduate and master’s programs, he spent time as an engineering assistant for a large manufacturing company, and worked with a city planning and transportation design firm.

RedBuilt hired Baltazar as an intern during his grad school days, and then as an EIT after he completed his graduate degree. After a few years of hard work with RedBuilt, he is now a licensed professional engineer in California, Washington, Oregon and Florida.

His favorite RedBuilt product is the Red-S™ Open-Web truss because of its design flexibility, aesthetic quality and efficiency. He said it’s interesting to watch a truck load of trusses leave the Chino plant that were designed and drafted only a week or two prior.

Tyson pursued civil engineering with a structural emphasis as his B.S., starting at Utah State and finishing at Boise State in 2013.

“I really didn’t know what I wanted to do, but I was good with numbers so I chose engineering. Unfortunately, I chose electrical engineering. Strike one,” he said. “I had been working for a residential contractor building custom homes, and one day we were in the lumber yard, meeting with the engineer. That sparked my interest in structural design and I changed my major to civil engineering the next day.”

In 2014, he married his high school sweetheart, Ashley, and they moved 2,300 miles to Roanoke, VA where he started his first engineering gig at a company called MBP. You could say it was a big year for him.

Though he’s now helping build structures, he started with roads. His position led him from roadway reconstruction and realignment to new bridge construction as the on-site engineering contact for the Virginia Department of Transportation.

He spent two years in the position, before he and Ashley wandered back to the West. He deservedly scooped up an EIT position at RedBuilt and the rest is history.

Aaron was born and raised in Amish country — Millersburg, Ohio — though, respectfully, that’s not the lifestyle he pursued. He found a love for Legos at a young age, as engineers tend to do, and attended The Ohio State University for civil engineering.

While at OSU, he was a teaching assistant for his engineering program, but more importantly, he became deeply involved with a 24-hour dance marathon, BuckeyeThon, to raise money for a children’s hospital, which led him to his now wife of two years.

Before graduating in 2014, he came across an engineering internship at RedBuilt’s Delaware office. After graduating, he transitioned full time.

“From starting out as an intern in the engineering department, moving into a full time role as the National Accounts Prototype Specialist, doing a stint on the manufacturing floor, and now as a wall panel designer and professional engineer, I have gotten to experience many different roles at RedBuilt. With the ramp up of wall panels and the addition of steel fabrication in Delaware, every day comes with a new and exciting challenge that keeps life interesting!”

Persistence in problem solving. Never giving up. Doing whatever it takes to service the needs of the customer. These are “Badger-like” behaviors that exemplify RedBuilt™ associates who win the annual Red Badger award.

Walking the Talk: Safety and Quality

Safety and quality, two core values that established the company more than 50 years ago, still hold true with RedBuilt today. They sound good, yet how does RedBuilt really “walk the talk” when it comes to safety of its associates and the quality of our products?